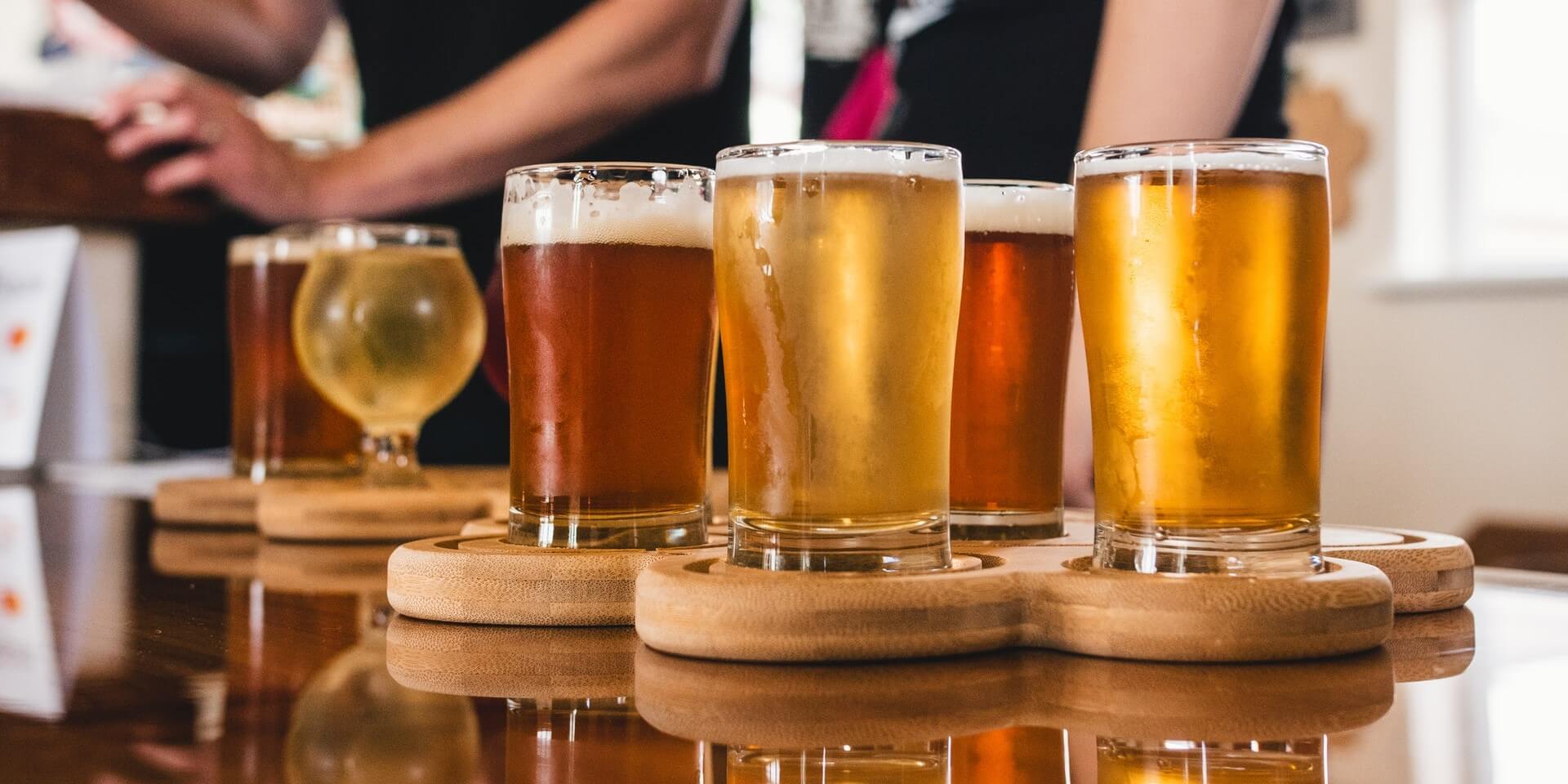 Trends in the Flavored Beer Market: An Interview with Brewmaster Stephen Rich

A few weeks ago, we shared part one of our interview with Stephen Rich, Brewmaster, Certified Cicerone, Prud’homme Beer Sommelier, and BJCP Certified Beer Judge. After discussing the pros and cons of adding flavor to beer, we asked Stephen for his thoughts about the direction craft beers are taking with flavor. We also explored how brewers can create delicious beers that build customer interest and brand presence.

Where are Craft Beers Headed in the Flavor Space?

Q: Where do you see craft beers headed in the flavor space (among the microbrewery and small-to-midsize craft brewers)? Are brewers becoming more or less reliant on flavored beers to build loyalty and market share?

Stephen Rich: Short answer? Some brewers are becoming increasingly interested in flavor, and others are not. There are somewhere between 25,000 and 30,000 breweries in the world and 12,000 in North America. And all of them, even in the craft beer market, have a wide range of values, goals, and purposes.

What might make a brewery of any size or experience choose to consider adding flavors, or any other new ingredient, process, or technology? Generally, craft breweries are driven by tradition, innovation, or local trends and influence.

To my delight, there are more and more breweries opening up that focus on making classic beer styles—like English, German, Belgian, or otherwise. Because the majority of these brewers focus on traditional styles, ingredients, and techniques, they are unlikely to incorporate flavors into their beers.

Many brewers are always interested and excited to learn about ways to create new, better, more efficient, or lower-cost beers. These brewers will see flavor as an opportunity to innovate to achieve their purpose—better, faster, safer, more efficient, etc. They are looking for new ideas and are more likely to consider flavor as a way to reach their goals and build their brand.

Other brewers (sometimes the smallest, but other times the largest) are directly focused on capturing momentum and opportunity presented by current or expected trends. I see this as a strong play for flavored beer. With the relative ease of adding a liquid flavor, brewers can rapidly trial new flavor additions to existing beers and find a solution to quickly get to market. And in some cases, using flavor helps them hit critical capacity and distribution targets.

It’s no secret that hard seltzer and the broader ready-to-drink (RTD) market are roaring through the packaged beverage alcohol market and stealing plenty of volume from beer along the way. This competition is predominantly on the backs of larger industrial beers, but craft beer is feeling the pressure.

Not only are craft brewers working on creating beers that compete with the easy-drinking and simple nature of hard seltzer, but they are also making their own hard seltzer. Some of these brewers use whole ingredients such as fruit juice, honey, spices, etc., to create hard seltzers that emulate the general process and value set they apply to beer.

Other brewers use flavor to create seltzers that might look and feel like the big brands’ versions but have more interesting flavors or profiles.

The general influx of new beverages to the market is forcing many brewers to think about their products, ingredients, and processes more strategically.

That said, the growth and relative success of fruit beers is a burgeoning trend that I think bodes well for flavor use in craft beer.

These could include wheat beers with delicate fruit, sour beers with significant fruit, or generic ales built to represent the character of the fruit. Sales data proves that these styles as a whole continue to gain market share compared to other styles. Many consider the flavorful interest from the fruit and the generally lower bitterness and increased sweetness to be a big part of the trend’s popularity.

A similar approach is also being applied to hard-core craft beers such as Pastry Stouts. Generally above 10% ABV (alcohol by volume), these beers commonly include flavors like vanilla and chocolate, but can even include smores, latte, almond, key lime pie, raspberry sherbet, caramel flan, etc.

Q: We recently read that more than 75 beer styles are in the marketplace. If we focus on the basic styles, what should brewers keep in mind when choosing flavors? Which flavor ‘families’ or types of flavor profiles align with the styles?

Stephen: Brewers can certainly have fun using flavors to reimagine the aroma and flavor possibilities in their beers. But I would not forget about flavor’s ability to boost or act as seasoning to existing flavors.

For example, adding lots of vanilla could add a real vanilla character to a chocolate stout. Another option could involve adding a small amount of vanilla which could help boost chocolate and sweet perception without necessarily making it a vanilla stout.

Let’s consider these two general purposes for the use of liquid flavor: complement and addition.

Nearly any beer style on the planet could be considered a candidate for a complementary flavor addition. This will come down to the brewery’s values and goals for any specific beer. In this category, flavors can be used to enhance or emphasize existing flavors present in the beer. Think of it like capitalizing the alphabet. It’s all the same letters, but now they are emphasized as capitals. Let’s review a few examples.

Pilsner is the world’s most popular and most replicated beer style. Some examples are simple and one-dimensional. Others are elegant and delicately nuanced. Regardless of interpretation, the base of every pilsner should be bread-like malt and grassy or herbaceous hops. The beer should never be too assertive, but those underlying characters should be present. Here’s an opportunity for liquid flavor to gently touch up the malt character of a Pilsner by adding bread crust, or light toast, or even going somewhere specific like rye loaf. Or you could add a hint of fresh-cut grass, lavender fields, or hayfield to enhance the hops. These additions would not change the malt or hop sensations, but add a new layer of detail that could help enhance or differentiate your pilsner.

Another great example would be American India Pale Ale or IPA. IPA has many variants, but the classic American IPA is light on malt character, only supporting with a bit of bready caramel, but dense with grapefruit, citrus zest and pine. Liquid flavor could help you refine that grapefruit note to specifically become pink grapefruit. Or perhaps you’d like the citrus zest to showcase more mandarin orange zest than navel orange. Maybe the pine isn’t just piney, but it’s that sweet resinous pine that leaks from the pine trees outside your brewery. Here again, we’re not creating a new IPA, but complimenting its existing character to showcase its best traits a bit brighter.

More and more beers today are brewed with flavors that are not traditionally found in beer. A range of options can bring in flavor like cocoa nibs, mango, coconut, dragon fruit, rice crispy squares, brownies, or even German chocolate cake. And yes, I mean people are putting whole German chocolate cakes in their beer. And lots of them. As the consumer’s pallet for more and more extreme flavors in craft beer evolves, liquid flavor could play a vital role in its evolution. Let’s look at two more examples.

Back to that good old American IPA. This is a great base style that lots of brewers use to build a range of variations. Mango IPA, Peach IPA, Raspberry IPA, Blueberry Vanilla Sherbet IPA, Hazelnut Lavender IPA, Clementine Marshmallow IPA, or how about Pineapple Upside down Cake IPA. You can imagine the obvious challenges that could exist trying to make some of these highly flavorful IPA styles. Liquid flavor could provide a big advantage for someone thinking about how to get pastry into their beer.

Dark beers in general, specifically stouts and porters, are a great place to add new flavor to create a fun and delicious beer. Chocolate, coffee, and vanilla have been used for decades now to add delicious complimentary sensations to stouts and porters. But it does not stop there. Salted Caramel, Peanut Butter Cup, Crème Brulee, Maple Bacon, Sour Cream Glazed Doughnut, Rocky Road, and the list goes on. The dark, roasty, and generally richer flavors of porters and stouts make them a great candidate for flavor additions. And craft beer consumers seek them out.

Q: Every category has ‘mainstream’ or ‘core’ flavors and ‘seasonal’ flavors. Many categories, though, like ice cream, cookies, or candy, create excitement and trial with adventurous flavor profiles. Where do most small-to-midsize craft brewers fall on the flavor spectrum? Are adventurous flavor profiles like Avocado Honey Ale or Coconut Curry Hefeweizen aligned with consumer needs, or are they viewed primarily as a way to build awareness (not sales)?

Another third of brewers make anything they feel like—old school, new school, adventurous, or innovative. They brew what they like and what they believe their clientele will like. Many small local brewpubs are great examples of this.

The last third of brewers focus primarily on richly flavored beers—either traditional or innovative. They brew high ABV beers, barrel-aged beers, and many primed with all sorts of additives (which we generally term “adjuncts”).

I think the period of extreme experimentation is generally over. There may be a brewer or two making an Avocado Honey Ale, or a Lobster Stout because they have access to the local supply and it’s a fun project—but most brewers these days are experimenting with the flavors and character that fit the trends that are happening:

Q: If a brewer asked you for advice about creating delicious beer during an elevator ride, what three key ideas would you counsel them to remember?

Stephen: Start by imagining beers and flavors that excite you, but don’t limit yourself to the beer or flavor. Excitement can come from your environment, friends, family, and visual cues. Think more about designing the beer drinking experience than designing a flavor.

Visualize the resulting drinking experience, then isolate the sensations that make that beer amazing and delicious. Think about the raw materials, process, sweetness, alcohol, body, and package—and build a parameter to define and achieve each.

Expect trial and error to be part of the process. Do your diligence to ensure all ingredients, processes, and records are executed accurately. Plan to critically evaluate the result with the intent of making improvements on the next batch. Always be honest with yourself, and ask for honest feedback to ensure that you are always improving.

Stephen is a Brewer, Certified Cicerone, Prud’homme Beer Sommelier, and BJCP Certified Beer Judge. Starting in 2004 as an eager homebrewer, he now has over 10 years of professional brewing experience working with a range of brewhouses, cellar equipment and packaging operations. Stephen managed one of Ontario’s most ambitious Brewery builds and rebuilt one of Ontario’s first Craft Brewpubs. 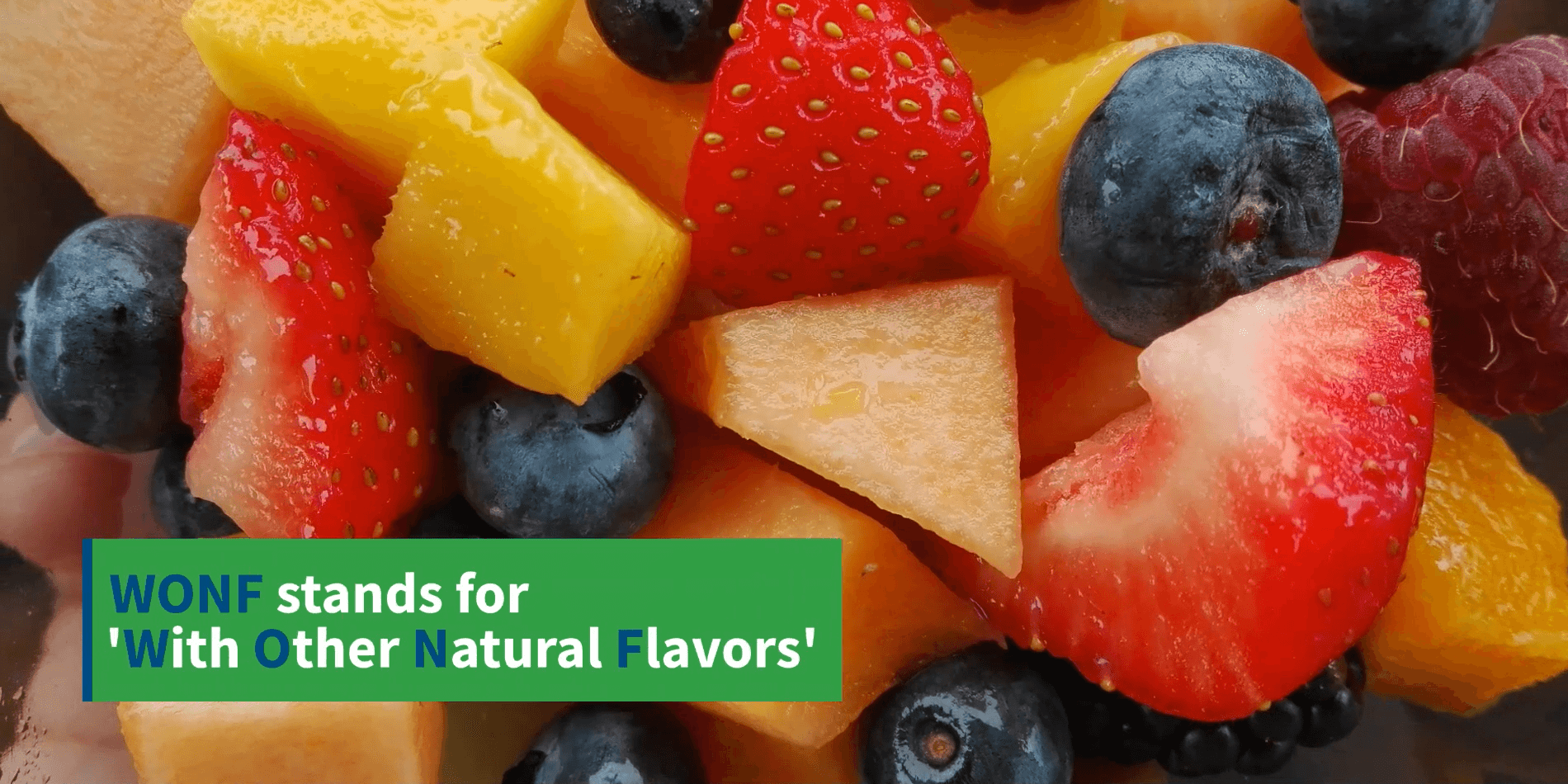